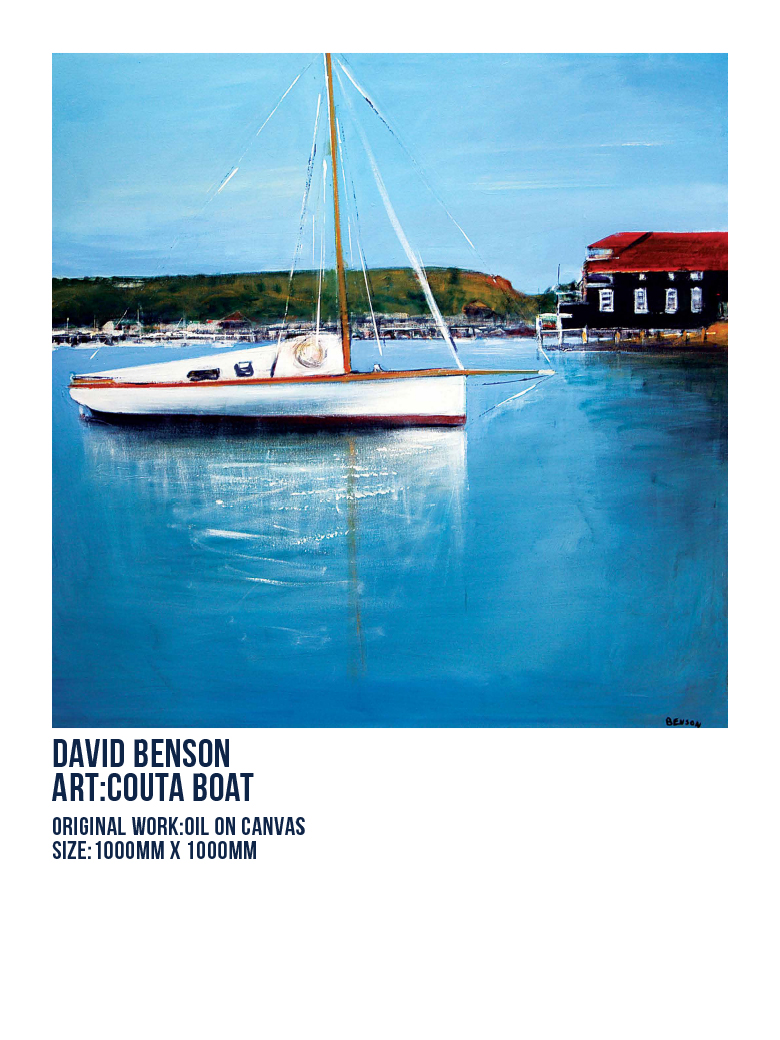 David Benson’s artwork is about transcendence. His yoga practice and his work (art) becomes a expression of his realisations. His work leads the viewer on and links him to spiritual energy, realised as Sat Cit Ananda, meaning eternal knowledge and bliss, which is achieved by the chanting of the Hare Krsna mantra. David’s artwork becomes the vehicle for a transcendental yogic experience, and represents the image of a lotus flower, which lives in a muddy environment, but rises above its surroundings to form a fully blossoming lotus.

“From the knowledge of Arts arises knowledge, and such knowledge leads to Enlightenment.” Upanishad. ~ D.BENSON

David graduated in 1975 from the National Art School in Paddington, with a Diploma of Art in Painting and Printmaking. After travelling to Bali, India and Nepal, later returning to Australia to pursue his life as an artist and his spiritual journey.

David’s art has been exhibited widely throughout Australia and overseas for more than 30 years. Over that time, he has owned many credited art galleries up and down the east coast, selling works to prominent personalities around the world.

David currently lives in Murwillumbah close to the Hare Krsna temple and community pursuing his spiritual journey. His unique style is derived from his Bhakti Yoga practices, cultural experiences and love of the land and sea.

SubmissionCouta BoatEmailbensonfineart@bigpond.comWebsitewww.davidbensonfineart.comContact the artistTo purchase artworks or to discuss a new commission etc, please message me via these contact details.Share
If you enjoyed the art & the exhibition please consider a small donation to support young Australian artists.
SUPPORT THE ART