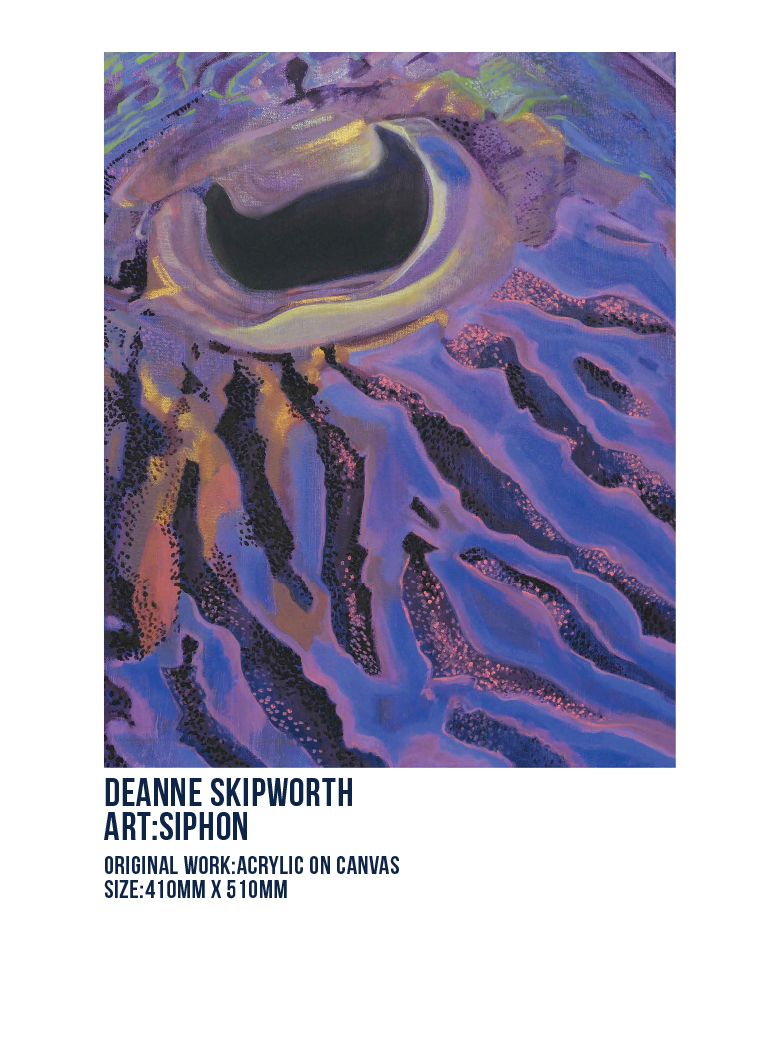 Deanne Skipworth was born in Melbourne and grew up in the Bayside area. Growing up near Port Phillip Bay fostered a love of the sea. She has travelled extensively overseas, but has always been drawn back to the sea.  Deanne lived for a time on Victoria’s Surf Coast where she exhibited in a number of group and individual art shows.

Deanne has a Fine Arts Degree and a Postgraduate Diploma in Art and Design, both from Melbourne’s RMIT.  After her studies Deanne became interested in land-based sculpture. Her works were temporary, and were directly influenced by the environment in which, and for which, they were created.

Since returning to Melbourne, Deanne’s paintings are driven by a love of colour and form, becoming more abstract, yet still reflecting their environment.

SubmissionSiphonEmaildeanneb466@gmail.comContact the artistTo purchase artworks or to discuss a new commission etc, please message me via these contact details.Share
If you enjoyed the art & the exhibition please consider a small donation to support young Australian artists.
SUPPORT THE ART