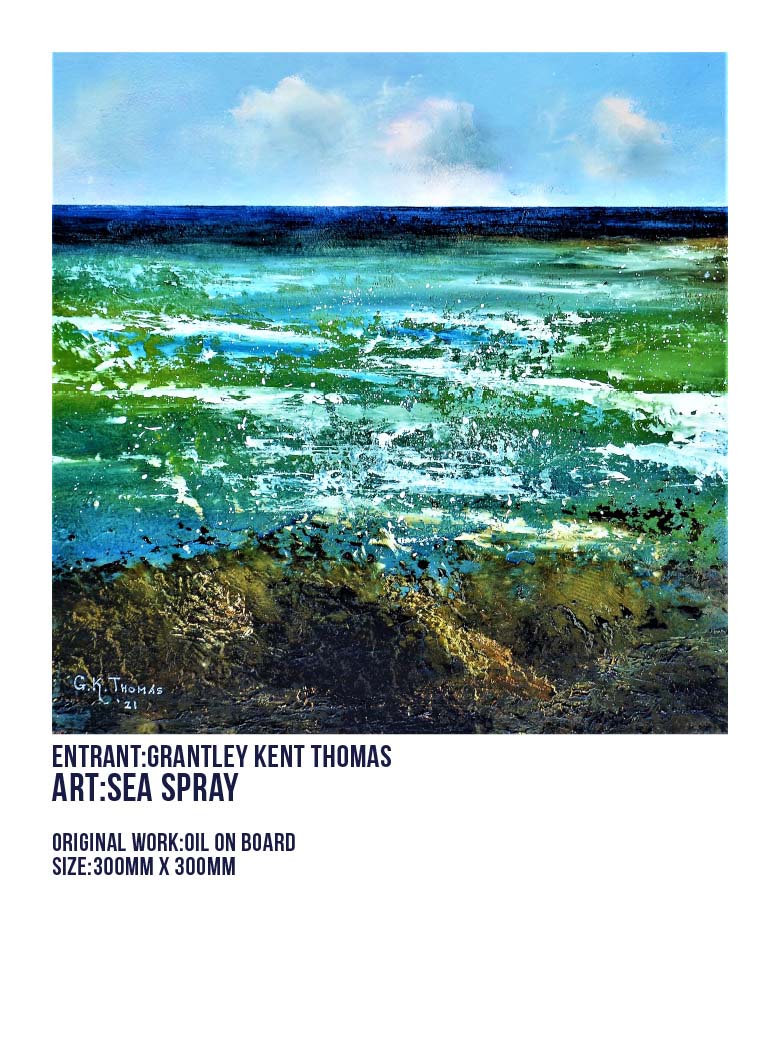 Grantley Kent Thomas was born a twin in Adelaide on 13th October 1955.   In 1989 he settled in Western Victoria.

Grant is an award winning artist, having won ‘Best in Shows’ in Regional Victoria.  His unique oil paintings often depict the beauty, colours and expanse of the Grampians National Park.

His original works have been sought after by investors and private collectors, in over 15 countries throughout the world.

Through the sale of his works, Grant and his wife Helen have supported seriously ill children by raising many thousands of dollars for the Make-A-Wish Foundation of Australia.  In 1995 the Hon. Paul Keating as Prime Minister of Australia, acknowledged a major work on canvas, for Grant’s depiction of an Australian ‘Waltzing Matilda’ scene.

SubmissionSea SprayEmailhelensleadlightcreations@hotmail.comMobile0459 547 070FacebookGrant Thomas (Grampians Glass and Art)Contact the artistTo purchase artworks or to discuss a new commission etc, please message me via these contact details.Share
If you enjoyed the art & the exhibition please consider a small donation to support young Australian artists.
SUPPORT THE ART