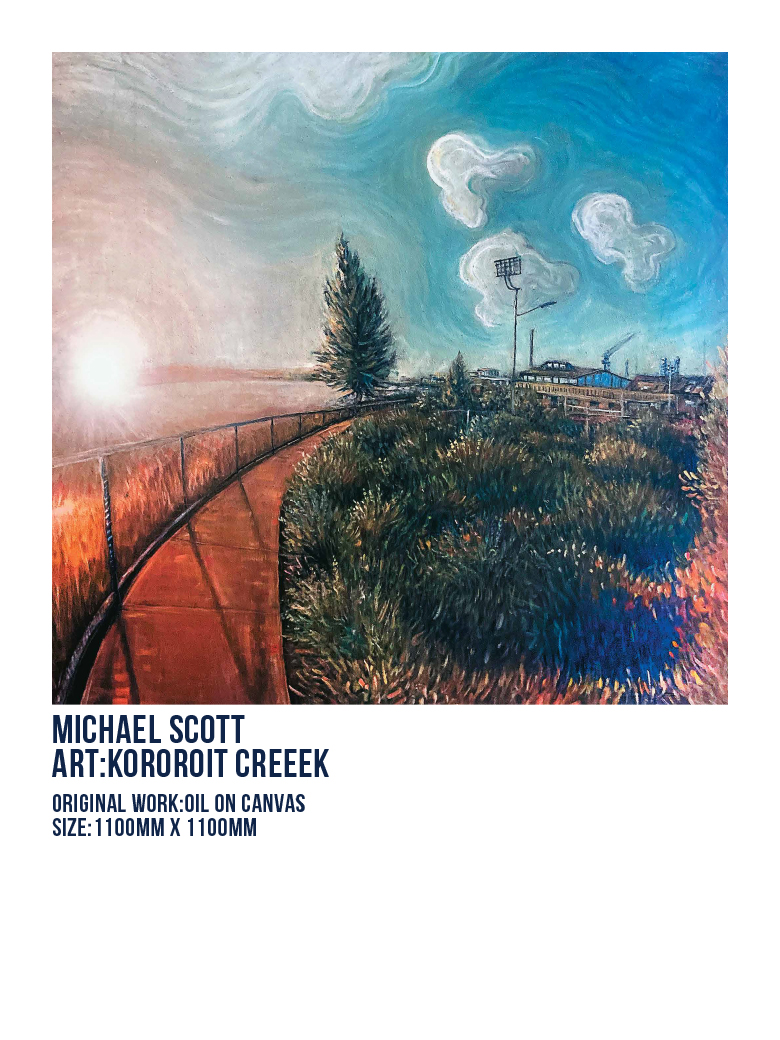 Michael worked for 15 years designing framework code for financial administration systems, but more recently, his focus has been on painting what is in front of him and rearranging things making the essential, essential.

Despite being told that ‘art is not a proper job’, he still considers it an essential service, stating “too much art is barely enough”.

Michael is quite well known for creating public art, for being excessively expressive and for wearing hats.

SubmissionKororoit CreekSubmissionAltona WetlandsSubmissionKororoit Creek 2SubmissionTechnoparkSubmissionByronSubmissionEmu PlainsEmailmuchfoolishness@yahoo.comWebsitewww.michaelscottart.onlineContact the artistTo purchase artworks or to discuss a new commission etc, please message me via these contact details.Share
If you enjoyed the art & the exhibition please consider a small donation to support young Australian artists.
SUPPORT THE ART