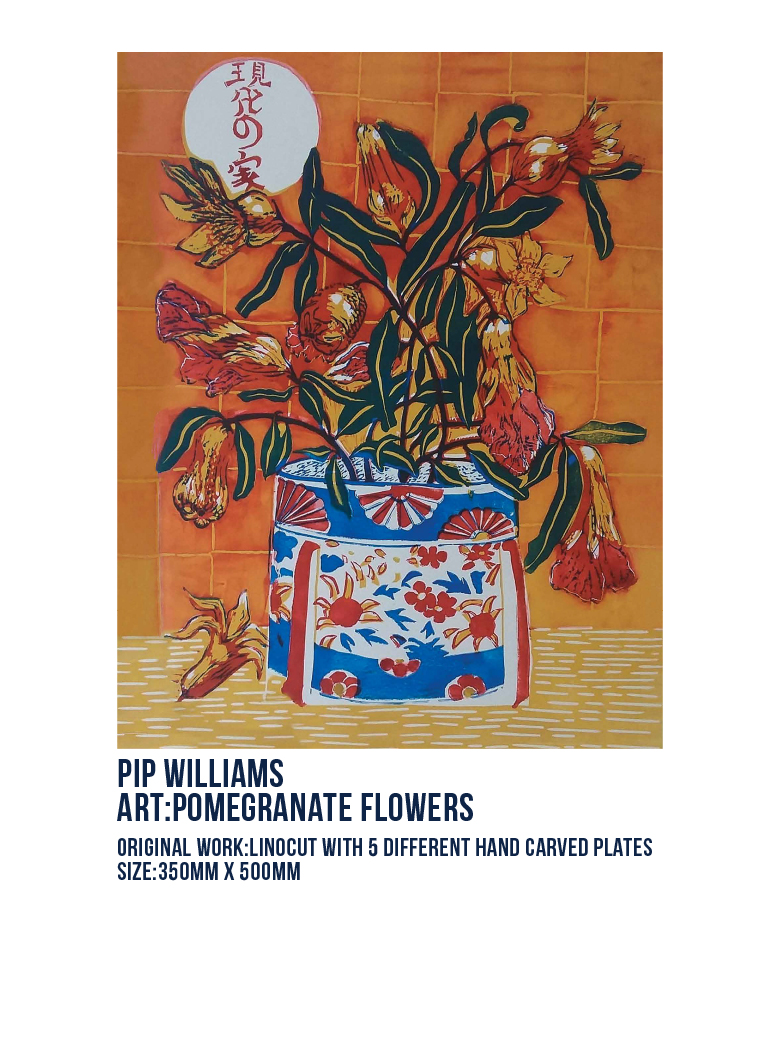 Pip Williams is mostly self-taught. She took up the art of lino printing in 2001 at the encouragement of her art teacher daughter, Amie. Starting with simple designs in black and white, after a trip into the central deserts of Australia, she realised she had to move into colour.

“That became my obsession and I continue to experiment with techniques ranging from colour reduction, where the block is gradually carved away with each new colour, to pure experiment or accident that can result in magic which is often hard to repeat!” she says.

“I prefer to use only my hands, rather than a press. It allows me to vary the pressure during printing as well as laying the block or parts of it where I choose.”

This is the reason why she only does small editions of each print – no two are exactly the same, and because the block has been cut away several times, they cannot be repeated, so become limited editions. On each of her works, the number in the left corner of the print denotes the number of the edition.

SubmissionPomegrantate FlowersSubmissionFeed The WorkersSubmissionFloating EconomyEmailpip@135studio.comWebsitewww.135studio.comContact the artistTo purchase artworks or to discuss a new commission etc, please message me via these contact details.Share
If you enjoyed the art & the exhibition please consider a small donation to support young Australian artists.
SUPPORT THE ART