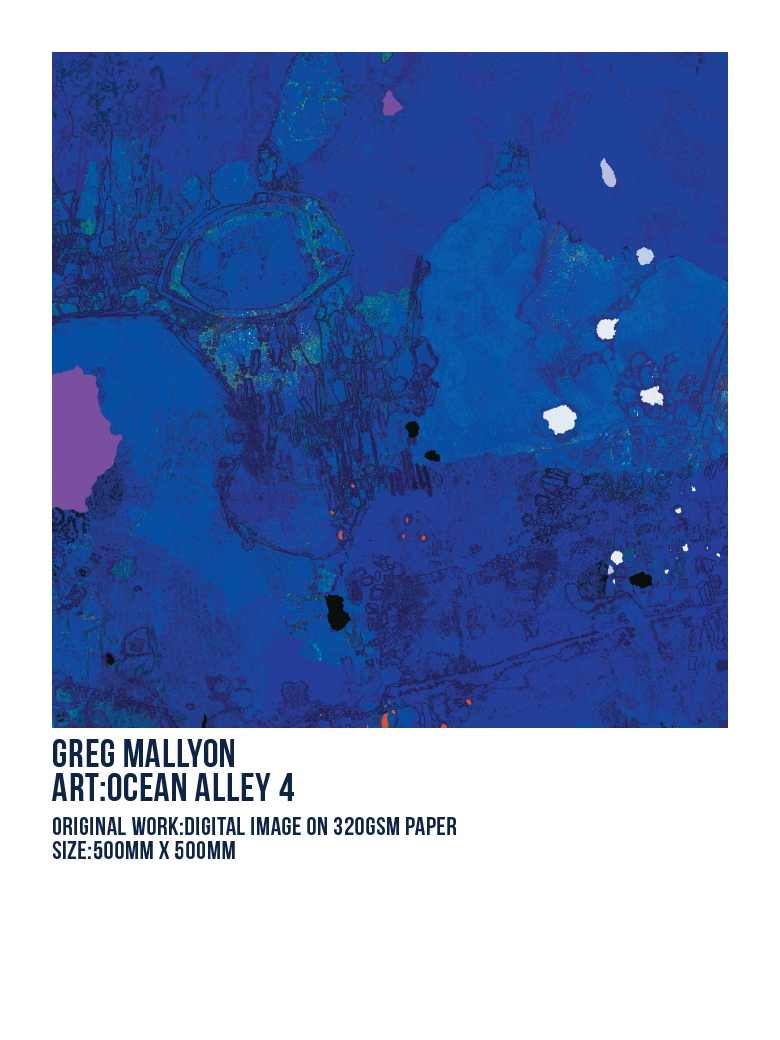 Greg holds a Diploma in Fine Art, a Graduate Diploma in Art Education and a Master in Art.

He has held 38 solo exhibitions in most Australian capital cities and also in Singapore, Honolulu, Digne des Bains, Provence in France) and Zagreb in Croatia. He has participated in over 70 group exhibitions including commercial galleries in Rome , Taipei and Singapore as well as the New Q exhibition NGV, Melbourne and Next Wave Festival, Melbourne. He has also been represented at 10 international art fairs in Sydney, Brisbane, Melbourne ,Hong Kong and Singapore.

In recent years, Greg has been a finalist in seven national art awards and has been selected for artist residencies including Can Serrat International Art Centre, Barcelona (2011), the Scuola di Graphica Internazionale, Venice (2013 ) and CAP print studio Chiang Mai, Thailand (2017).

“Mallyon also enjoys print surfaces characterised by loose painterly methods of plate rubbing .His prints and paintings feed off each other, but whatever the medium, these surface effects are an integral aspect of his subject matter – abstracted aerial topographies.”

“Greg’s work belongs to a significant global tradition of humans depicting the world from above for pragmatic, religious and aesthetic purposes – from Neolithic petroglyphs in Europe, to Indigenous Australians’ depiction of Country, to medieval maps, to the landscapes of modern Australian masters like John Olsen and Fred Williams. As Greg notes, mapping provides a “…very ancient perspective of the world.” His work enables a connection to the physical world while having an almost ethereal quality. Dr Shireen Huda, Art Historian and curator, Melbourne 2013

SubmissionOcean Alley 4SubmissionOcean Alley 5SubmissionAustralis Landscape 2Emailmallyongr@gmail.comWebsitewww.gregmallyonart.comContact the artistTo purchase artworks or to discuss a new commission etc, please message me via these contact details.Share
If you enjoyed the art & the exhibition please consider a small donation to support young Australian artists.
SUPPORT THE ART